Seedout is not only accepted by the society on doing its good deeds, but our media as well as actors are in the right of Seedout . They also donated charity and provide their own views and enlighten the need of charity to the world so that every one can have its own living system.

In this era, media is the most powerful weapon for society. Social media is a useful way to engage in two-way communication and engage with supporters. Internet and social media make the world a global village.

In this world, there are people too who not only live for themselves but they are built courage to do something for others. These are real heroes and these one are promoted by digital and social media and it is beneficial in many ways like people collaborate with each other to help each other in a better way to create a better tomorrow because a nation is successful when its individuals are successful.

Who Is ZAIN ASHRAF MUGHAL?

Likewise, there are some youth icons in Pakistan. One of them is Zain Ashraf. He is a young enthusiastic individual. He began his journey in 2011. Zain felt the need to create mechanisms to alleviate poverty therefore, he established Seed Out.

Seed out is a not-for-profit crowdfunding platform which is working to end poverty by establishing micro-entrepreneurs through interest free microfinancing.

Seedout helped 1000 of people to live their own living by proper business established with the help of seedout, and this social work is appreciated not only by the media as well as the Industrial and media Actors,

Let’s see their thoughts and words about seedout.

Malik Riaz the chairman of Bahria Town donate and contribute money to a private organization at a local club in Lahore to promote fundraising and to help the poor and the needy.He contributed an amount of one lakh for the organization. On this amazing event he said.

" We should donate money for the poor and should take part in contribution in the blessed month of ramadan whenever I donate money for the sake of Allah Almighty I am rewarded and blessed with hundered times more. There was a time when my children are out of school because the dues of four months are not submitted and then time comes that today in front of you I donate for the sake of Allah "

In a talk to media interview, he said ,  “Giving money to the poor and the needy by zakat for the sake of Allah Almighty never wastes”

He said to all that we should help each other more by our means. The reward is no doubt good.

Zain Ashraf Mughal and Gohar Shafique are the backbone of seedout. One is Pakistan’s largest online platform, the other is a non-profit organization working to impower people to raise money for social cause and businesses. That is a good thing to do.

Let's dive into the conversation of both with Host Huma to see what they talked about at the shwo, Huma started the show and call them by saying,

Let me introduce my fist set of guest to you, first of all we have Zain Ashraf Mughal. Zain is the founder and president at seed out (Thank you so much Zain for coming on the show) and sitting next to Zain is Muhammad Gohar Shafique, who is he vice president at seed out.

Basically, It’s an idea that we start it to elevate poverty to empower people and raise

micro-entrepreneurs in all over Pakistan and why we started it basically when I graduated
and came back to Pakistan I saw that the huge issue was basically that we give zakat,

we give donations, we give charity but then again, every year we do that and we see the same people coming back to you again and again and asking for more money and it was never so much so the core problem was that we were hitting the problem with the solution,

we were coming up with temporary solution ,we thought rather than just giving some money or giving man a fish so we

thought we should teach a man  how to fish , and freedom  for a lifetime that’s why we thought

empowering people would be the right thing to do and that’s how we started.

That first they are borrowers and then they are donors. we wanted to make a sustainable
change so we introduce seed out in Pakistan first and link technology part with it.

This is really farsighted, so this is refreshing as well. Tell us how it works so you have already targeted selected people that

would be helped out through this?..

So once the application approved then it is published on seed out’s website and it also tells   whether this person lies in the category of zakat or charity or just donation or sadqa and people know exactly what capacity They are sending so the idea was that you know we all give 2.5 percent of zakat on years but we should

also spend 2.5 percent of your time of your life span doing noble things.

Gohr I'll involve you in the conversation I am just thinking that if you guys just go out yourself you know ask the union counselors that who is the most deserving they must be like hundreds and  thousands of people who really need assistance so how I mean you have to be very precise who you pick?

They provided a brief history and future plan for the SEEDOUT and also shared how they implemented the idea to get the right candidates who are really elligible for te donation. From explaining their vetted system to future goals, the show ended with a very delightful and inspiring thoughts. People loved and appreciate the idea and also joined them to be a part of the Good work.

There are more stories of success to tell that not only motivates but makes a person take the first step to change and grow Pakistan.

We will talk about them later in our coming blogs, We hope to see you again soon.

Pros & Cons of crowdfunding | Donate for the right cause

The Way We Think About Charity Is Dead Wrong 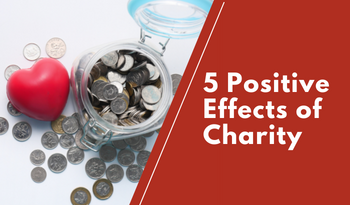